The origins of the game Bingo can be traced back to Italy in around 1530.  It is a direct descendant of the Italian lottery, which is still played without fail every Saturday in Italy today.  The game spread in the 1700’s, first to France and then on to the United Kingdom, and Germany – where it was used as an educational tool to familiarise children with multiplication tables, history and spelling. 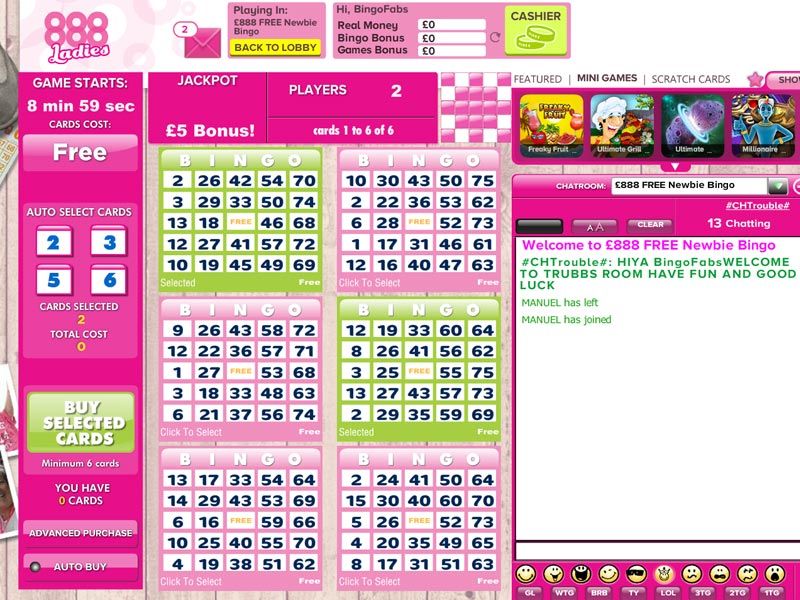 The transition of Bingo from the middle ages into modern times is not clear in history.  However, it emerged as a popular recreational activity in fairs and carnivals in the 1920’s in the US and was often enjoyed as an indoor pastime.  The story goes that American toymaker, Edwin Lowe was travelling across the United States when he came across a carnival in Georgia where the game “Beano” was being played.  Beano consisted of a caller pulling numbered discs out of a box, with players trying to match those numbers with those on their cards.  If a number matched, the player placed a bean in that spot on the card, hence the name Beano.  The conclusion of the game came when a player had filled up a line on his or her card with beans – either diagonally, vertically or horizontally and then called out the word “Beano!” to signify a win.

Lowe was so taken by the game that he created his own version of it on his return to New York.  He shared this version with friends and it was an instant hit! Legend has it that one of his friends was so excited to win a game, that he shouted “Bingo” instead of “Beano” and the name stuck.  Thus, modern day Bingo was born.  Realising the game’s potential, Edwin Lowe then enlisted the assistance of maths professor, Carl Leffler, who designed 6000 cards all with different sequences of number and Bingo went public.

Across the ocean, in the 19th century, Britain had a military reach which extended across the globe.  British soldiers were in contact with a wide variety of different cultures, many of whom were playing very similar versions of the modern bingo we know today.  In the early 1900’s a form of 90 ball bingo was established as a recreational pastime in the military.

Although Bingo had been played in some shapes and forms in the UK over the years, it was when Edwin Lowe’s modern version made its way to Britain that became properly popular.  By the time the 1950’s rolled around, Bingo was firmly established as one of Britain’s most popular pastimes.

These days there are 2 variations of Bingo that are played across the world – 75 Ball Bingo, and 90 Ball Bingo.  75 Ball Bingo is traditionally played the United States, whereas 90 Ball is favoured in parts of Europe, Australasia and the UK.  Both are popular but the 90 ball Bingo is said to offer better odds – understandably given the fact that there are 90 numbers to choose from rather than only 75.  Also, in 90 Ball, there are 3 winners unlike 75 Ball where there is only 1.  The cards and calling are also slightly different between the 2 versions of the game.

90 ball Bingo continued to flourish in the latter part of the 1900’s with Bingo halls all over the United Kingdom.  In 2005 there were almost 600 Bingo venues in and around the UK.

The Decline in Popularity of Bingo

In 2014 however, that number had dropped to 400 – almost a third less in only 10 years.  The ban on smoking in 2007 is partly attributed to this, however also, Bingo halls are associated with elderly players and are failing to draw the younger crowd these days despite attempts from the owners and organizers of the venues to modernize their offerings to appeal to the younger generation.

Saved By The Internet

The advent of the internet and with it online casino NZ dollars gaming options brought about a different option – online Bingo, and this phenomenon has brought with it a resurrection to the game.  In comparison to brick and mortar Bingo halls, these online sites have a fraction of the running costs and are thus able to offer attractive bonuses and promotions which entice new players to play.  This has opened up the game of 90 Ball Bingo again to a wide demographic of players, and has put the game’s popularity back up to where it was.

How To Get Started With Live Online Gambling